How does entourage effect CBD works? 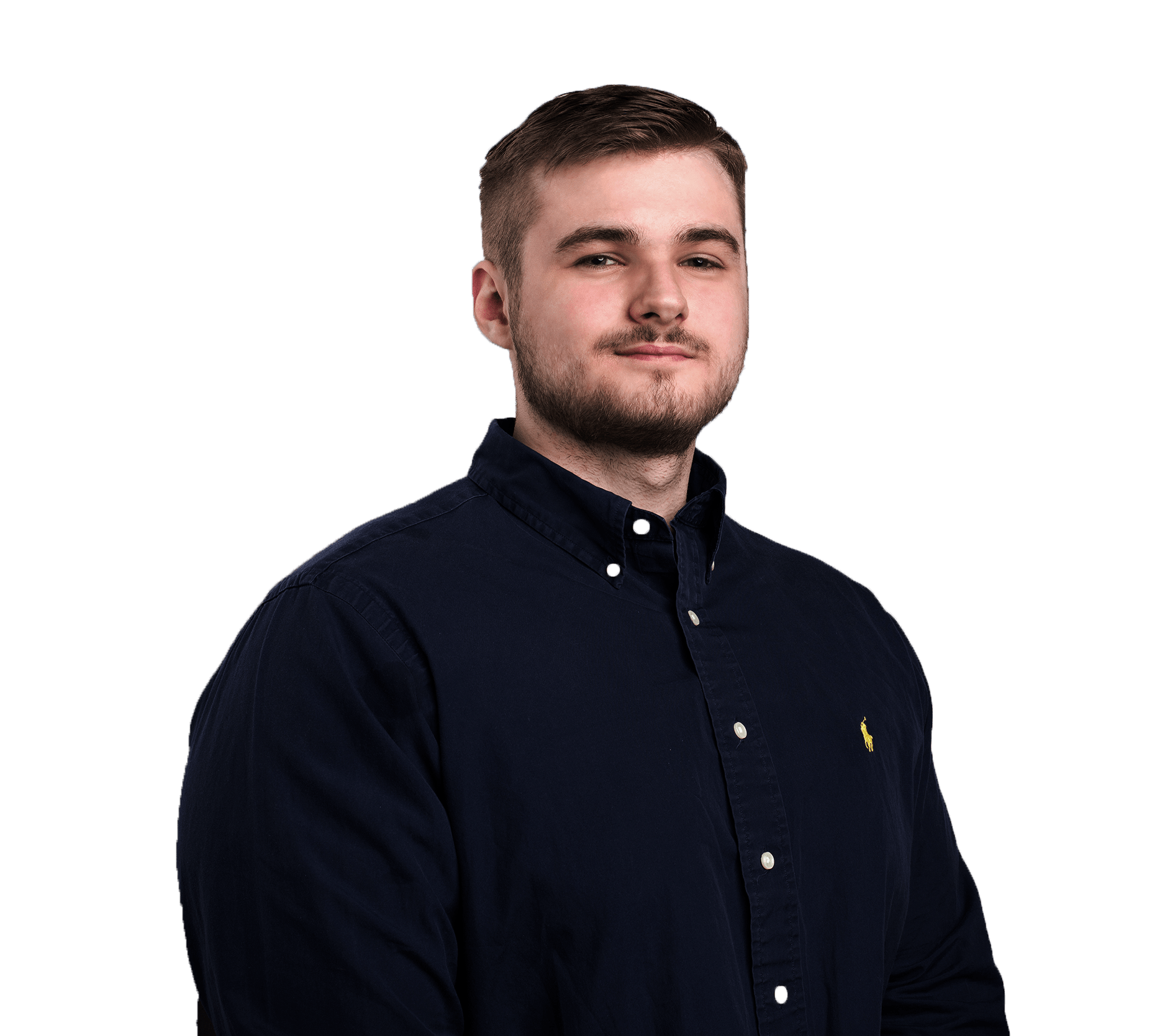 We don’t know everything about entourage effect and CBD. It theory, all cannabinoids and terpenes should be used simultaneously in order to maximize their potential.

You might've heard about the entourage effect CBD products create. This represents a synergistic effect where all cannabis compounds work in unison to produce better results for a user.

Phrase “entourage effect” is often connected to full spectrum CBD oil. This is the most common hemp extract commonly used as a basis for other Cannabis Sativa items. It is the first thing that we extract from the hemp cannabis plant, and only by processing full spectrum oil can you get broad spectrum CBD oil and CBD isolates.

In this article, we will talk about the entourage effect and CBD, as well as how cannabinoids interact with the human body.

What makes the hemp plant so great?

Hemp cannabis extracts are full of various substances that can provide therapeutic effects. While everybody knows about CBD and THC (a chemical that causes psychoactive effects), the plant has numerous other minor cannabinoids. Each one of these chemical compounds can provide therapeutic benefits on its own, but they are even more potent when combined with other cannabinoids, terpenes, and flavonoids.

We don't know everything about the hemp plant's properties and the potential cannabis synergy. It is certain that whole plant cannabis can provide much better beneficial effects than if you were to take different compounds on their own.

Almost all hemp compounds have some kind of positive properties. One of the potential reasons why the plant is so amazing is because it has more than 100 botanical compounds, each with its own set of traits. So, this diversity is likely why medicinal hemp works so well within the human body.

What does full spectrum refer to?

Full spectrum CBD products are items that have a full spectrum of cannabinoids, terpenoids, and all other substances. To be more precise, they have the same chemical composition as the hemp cannabis strain they’ve been extracted from.

This CBD extract is not distilled or refined in any manner. Hemp cannabis consumers can enjoy both CBD and THC. Depending on the chemical composition of a strain, these items might have more than 20% cannabidiol concentration.

In order for a product to be considered hemp oil, it cannot have more than 0.3% THC concentration. This is considered a trace amount that cannot cause psychoactive effects. Even if you take CBD oil in higher quantities, you shouldn't feel any changes.

While some people prefer omitting THC altogether, and going for pure CBD substances, keep in mind that this chemical also has certain beneficial properties. THC is crucial for binding to cannabinoid receptors, such as the CB1 receptor, thus stimulating the endocannabinoid system and unlocking the plant's full potential.

What is precisely the entourage effect?

Basically, this is a mechanism used to describe a situation where various cannabinoids, terpenes, flavonoids create a synergetic effect increasing the plant's benefits several times over. In a nutshell, the whole will be much more potent than the sum of its parts.

The concept was first conceived in 1998 by Rafael Mechuolam and Shimon Ben-Shabat. These two experts have spearheaded a lot of cannabis research back in the day. Although this is a long existing phrase, it only became popular in 2011.

A very important thing to note about the entourage effect is that cannabinoids and terpenes have the potential of enhancing each other. When you take all chemicals together, each compound will provide a stronger impact because of the presence of other chemicals. Different compounds will interact with each other in numerous ways unlocking various combinations. Not only will they increase the potential benefits, but they might also reduce the negative effects of each other.

What does the research say?

While this concept is not new, we still lack data. There are just a few good studies on the topic, but all of them indicate that the combination of cannabinoids and terpenes can cause major improvements to the human body. Oftentimes, it is hard to execute these studies due to the chemical complexity of the hemp as well as the sheer number of substances found within it.

In one of the research, scientists have performed a test on human breast cancer cells. They compared results from pure THC to certain formulated extracts. According to data, formulated extracts have shown much better results than the THC isolate. Experts believe that this boosted impact occurred due to the combination of THC with other chemicals.

The second study worth mentioning was from 2015. During the study, scientists have compared the impact of CBD as well as CBD mixture for pain relief. While CBD isolate did provide good results, its effectiveness dropped sharply as soon as the dosage was increased above its original threshold. But, when experts combined CBD with various cannabinoids and terpenes, the product suddenly improved in potency regardless of its dosage.

Although the data is far from conclusive, it is a good starting point for future research.

How do terpenes work for the entourage effect?

Oftentimes, there is so much talk and focus on cannabinoids that we tend to forget about terpenes. However, these aromatic compounds can also provide certain benefits, and they definitely shouldn't be neglected.

Some of the most common terpenes within the cannabis plant are limonene, pinene, and Miocene. Keep in mind that these chemicals are not unique to hemp and marijuana; you can find them in every plant in nature. They are the main reason why flowers and trees have their smell and taste.

Aside from working in conjunction with cannabinoids, terpenes can have therapeutic properties themselves:

·         Myrcene might be utilized for its anti inflammatory properties

·         If you wish to improve anticonvulsant activity, you might try linalool

·         Nerolidol might boost the impact of other hemp chemicals

Keep in mind that these are just a few terpenes found in the hemp plant. There are so many different strains out there, each with its specific terpene profile.

Sometimes, you might see manufacturers referring to the entourage effect as a CBD entourage effect. This isn't a proper designation. Although we cannot neglect the importance of cannabidiol, we cannot say that this is the only notable chemical in the whole process.

When choosing the product, it is very important to consider the underlying substance. Each one of these items relies on a specific type of CBD oil to deliver its effects. We differentiate 3 basic categories of medical hemp oil: full spectrum CBD oil, broad spectrum CBD oil, and CBD isolate.

Depending on the specific oil that was used for a product, you may or may not receive entourage benefits when administering a cream, a gummy, or some other item. Let's review some of these basic oils and what to expect from them.

This is the most common cannabis item on the market. When you use it, you will receive the full entourage effect of the hemp plant. Full spectrum substances do not omit anything. They will have all the terpenes and cannabinoids as their underlying hemp strain. Companies also add an essential oil that serves as a carrier.

Full spectrum CBD oil can be extracted in several ways, but the most common process used is the CO2 extraction method. It helps manufacturers retain as many cannabinoids, phenols, and esters as possible. Furthermore, CO2 extraction is the safest method to remove all the potentially troublesome materials.

People who criticize full spectrum items do so because of THC. This is a psychoactive substance that can also cause issues during drug screening. For example, it is especially troublesome for ex convicts and people within sensitive industries. If an organization notices the presence of THC in your blood, urine, or hair, you will instantly be penalized.

If you’re not bothered by THC then, you should probably consider going with full spectrum CBD oil because it simply offers much more than the other two types of oils on this list.

After full spectrum CBD oil, broad spectrum CBD is the second most complete substance. It has all the ingredients as the full spectrum, but without THC. While very potent, it doesn’t achieve the full entourage effect as intended. THC is very important for binding to cannabinoid receptors, and if a product lacks this chemical, its potency can be somewhat reduced.

Companies create CBD isolate by isolating cannabidiol chemicals from full spectrum CBD oil. It is the purest, cleanest type of CBD. This item is ideal for all those people who believe in CBD's potential and want to omit everything else. During the process of distillation, a hemp company will remove all other ingredients, which include terpenes and other cannabinoids.

When using a CBD isolate, you cannot experience the entourage effect. Instead, you will only focus on several positive benefits that cannabidiol can provide. Nevertheless, given the potency of this chemical, the purchase will still be worth it.

Nowadays, companies have started adding terpenes to the mix. This can widen the potential of a CBD isolate. Still, even with a few terpenes, you won't be able to achieve the entourage effect as the product will lack THC, CBG, CBC, and other components.

Russo, E., (2018), The Case for the Entourage Effect and Conventional Breeding of Clinical Cannabis: No “Strain,” No Gain, Frontiers in plant science, Lausanne, Switzerland 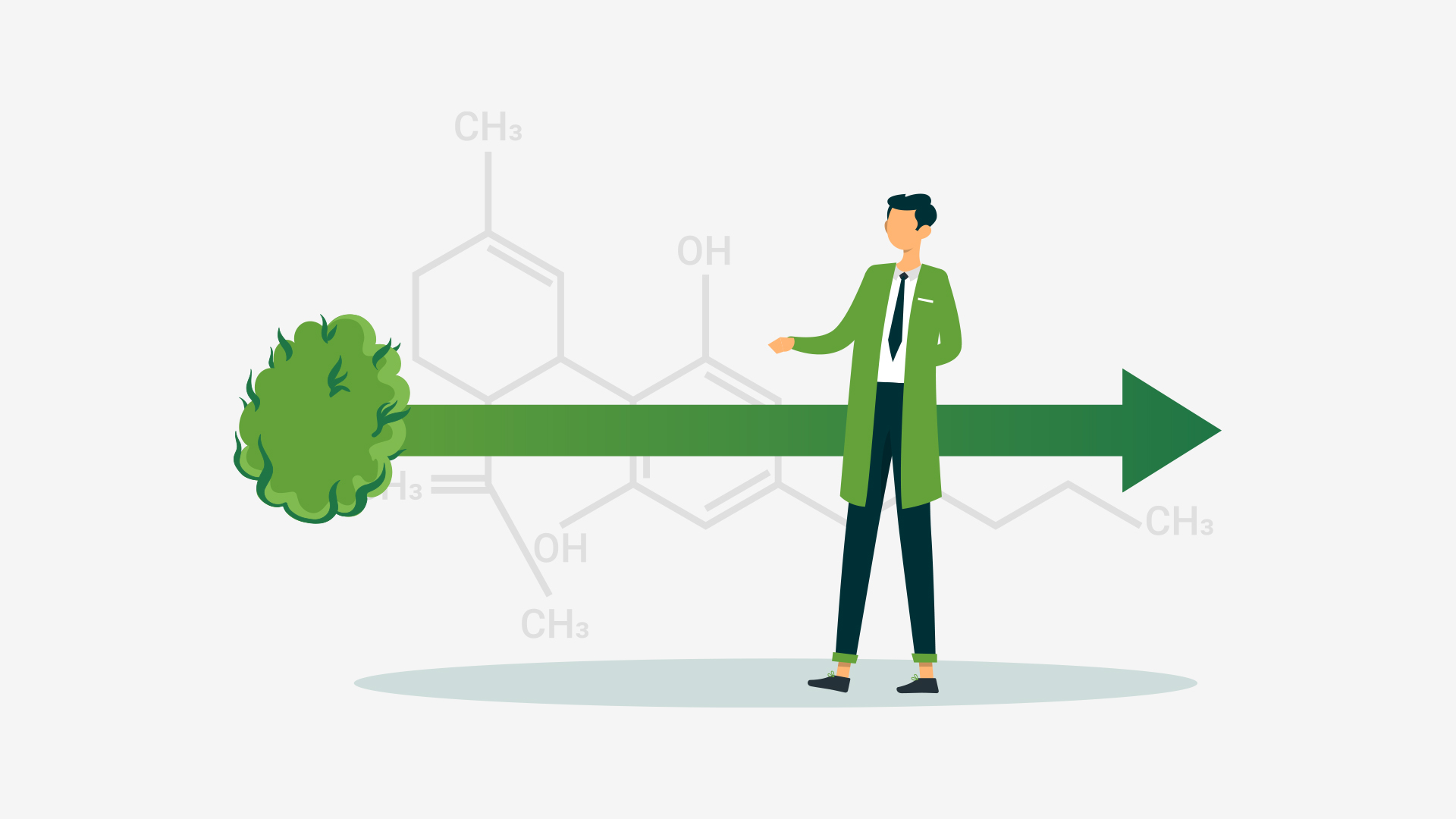 CBD vs. THC: Which chemical is better for treating health conditions?

How does entourage effect CBD works? 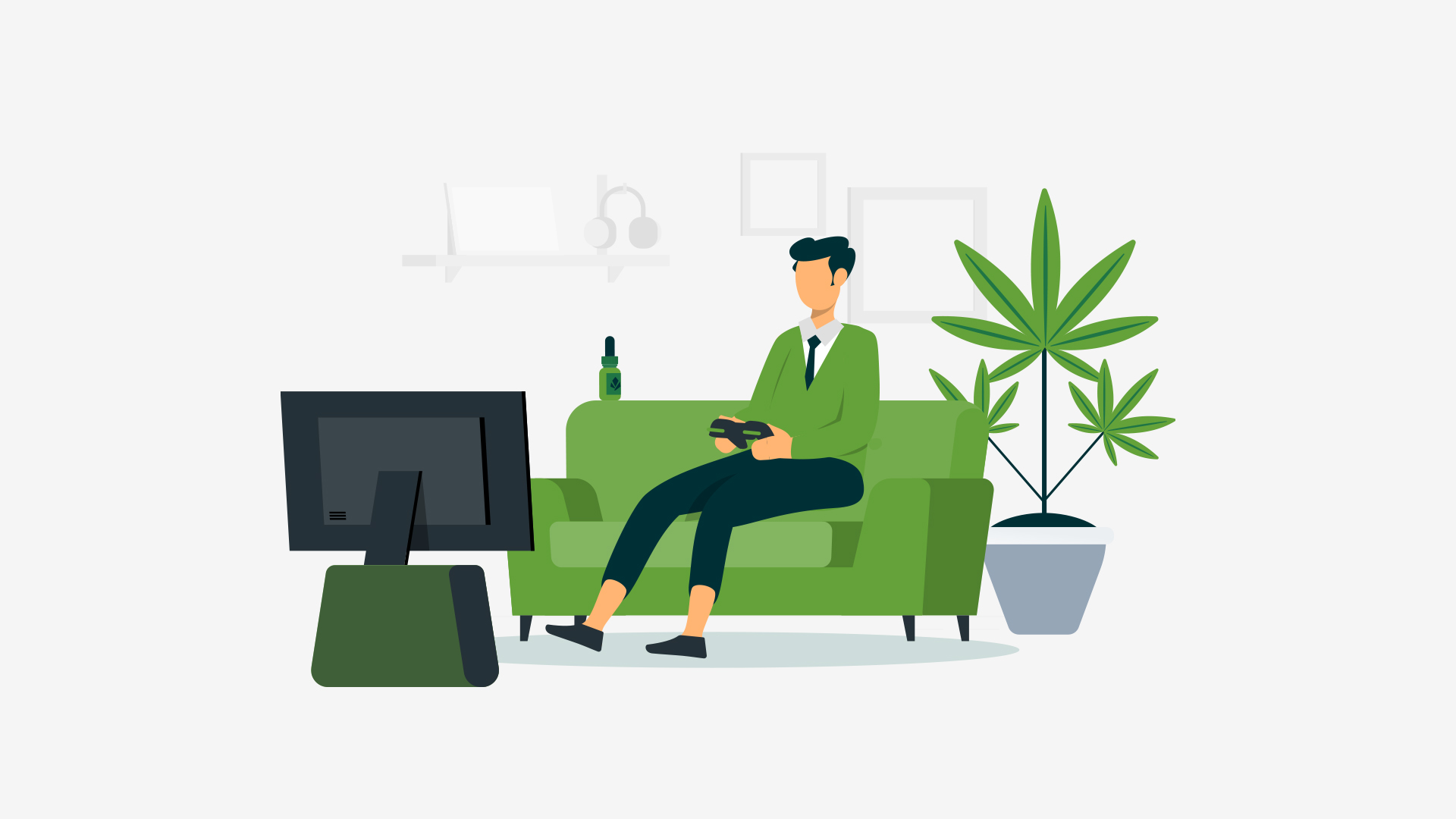 Will CBD for gaming improve your Esports results? 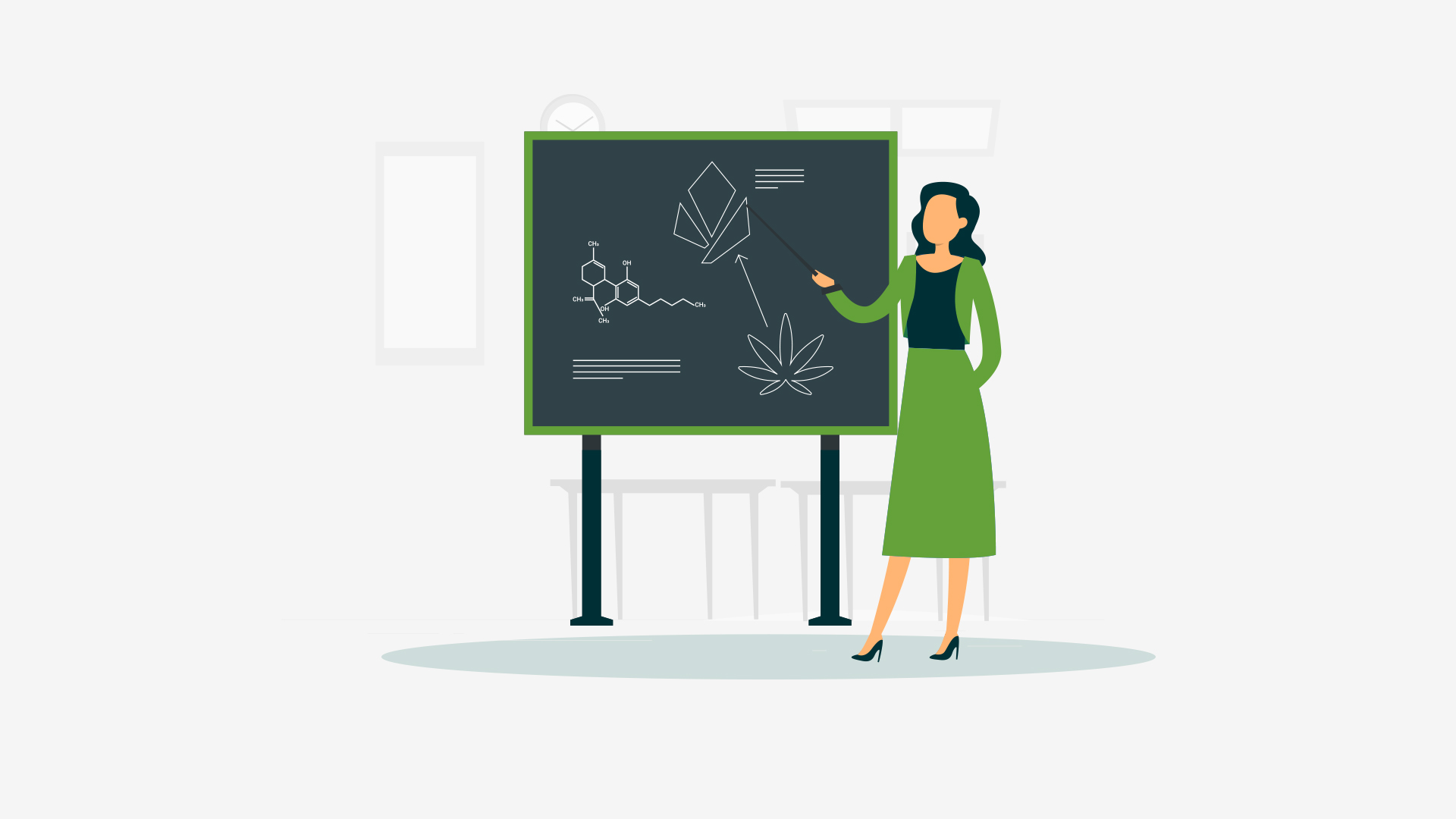 Everything you ever wanted to know about the history of CBD

What is the difference between CBD and CBDA?

Everything you ever wanted to know about the history of CBD

What is the difference between CBD and CBDA?

CBD vs. THC: Which chemical is better for treating health conditions?